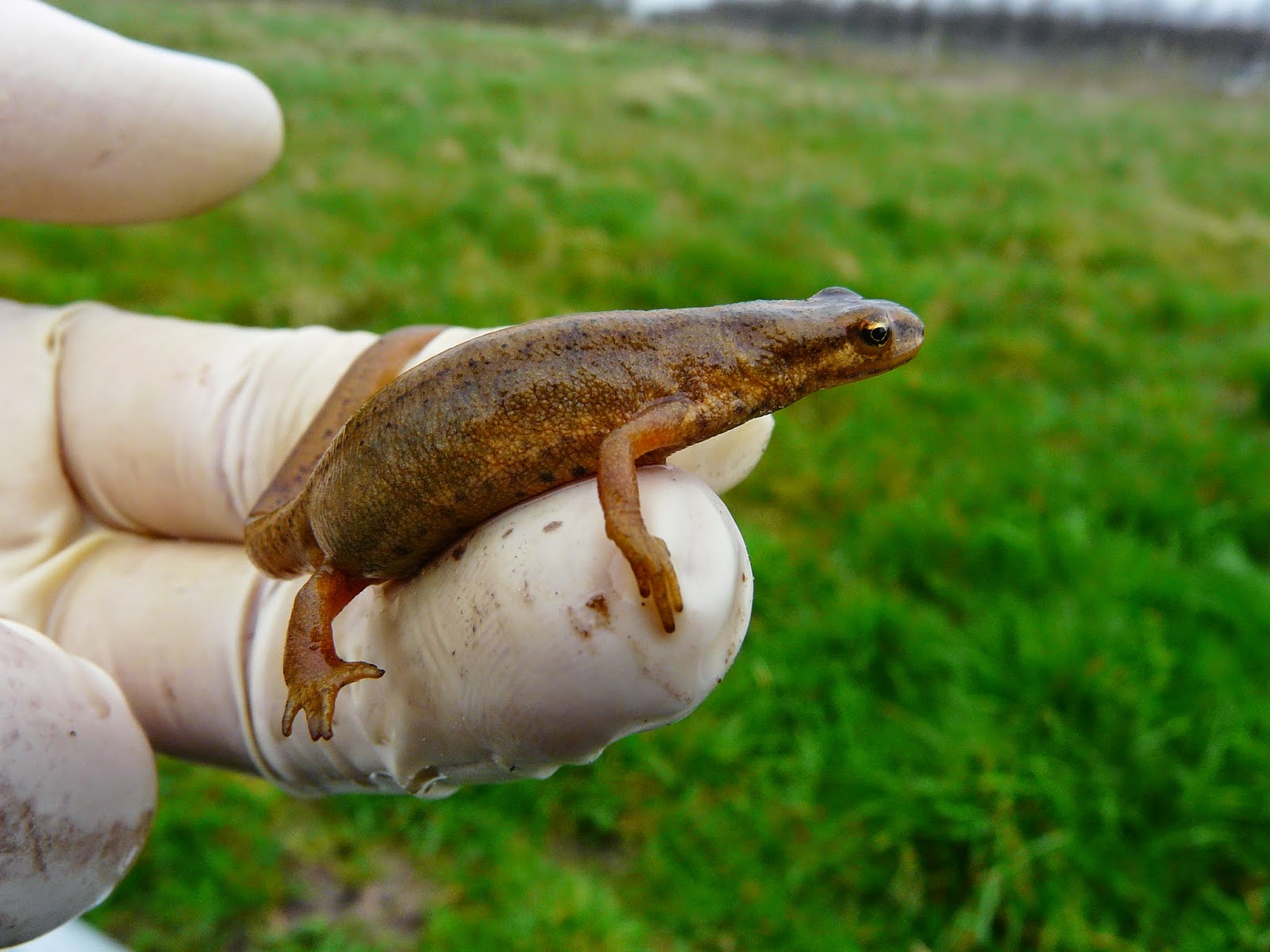 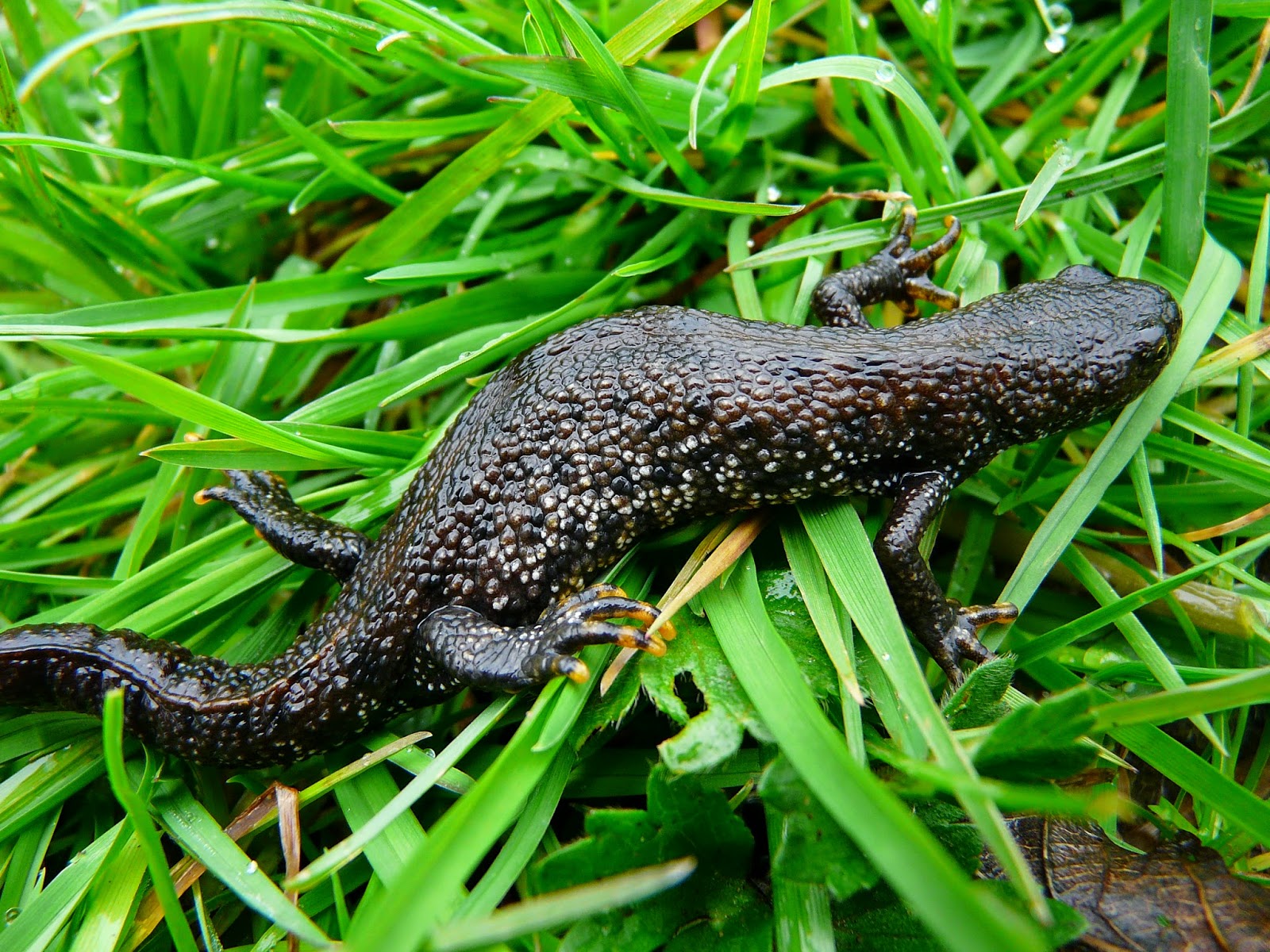 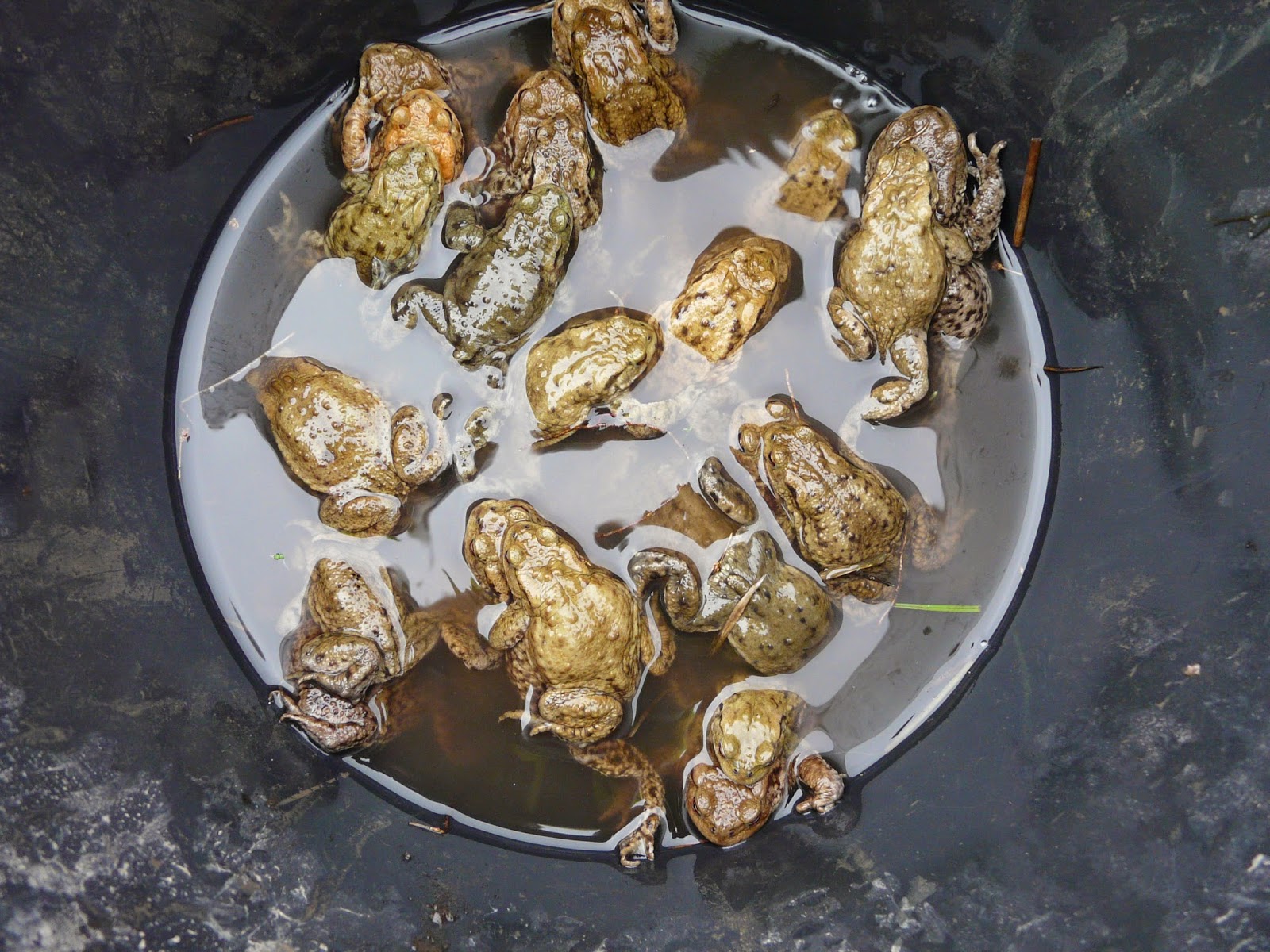 
I was driving through Hale today and couldn't resist a quick look at Carr Lane Pools and the adjacent Hale Marsh which was partially flooded today; I'm glad I did as I managed to catch up with the long staying Great White Egret which has spent the winter ranging along the coastline here between Hale and Spike Island; the bird was fishing on a flooded section of Hale Marsh between the Duck Decoy and Hale Road....for once I owe the roadworks a big thank you as it was the temporary traffic signals that gave me the chance to look over the marsh and spot the Egret! A full roundup of this cracking area follows:

A number of people have commented on the blog over the last few months regarding the growing Ring Necked Parakeet population in South Liverpool.......sorry for not replying to the posts, as I had let the blog slide slightly (you may have noticed!); but a recent article on the feral population in the UK has been published which reveals the negative impact of this species on other native passerines.......I have to admit I quite liked the idea of them flying around our local parks but after reading this maybe I will have to revise this notion!
To download the article click on the link below.
http://m.beheco.oxfordjournals.org/content/early/2014/03/06/beheco.aru025.abstract.html?papetoc
or for a short article discussing the findings click below
http://www.birdguides.com/webzine/article.asp?a=4282
Posted by Danny Foy at 08:51 Friday, March 28, 2014 2 comments

Out on the Mosses 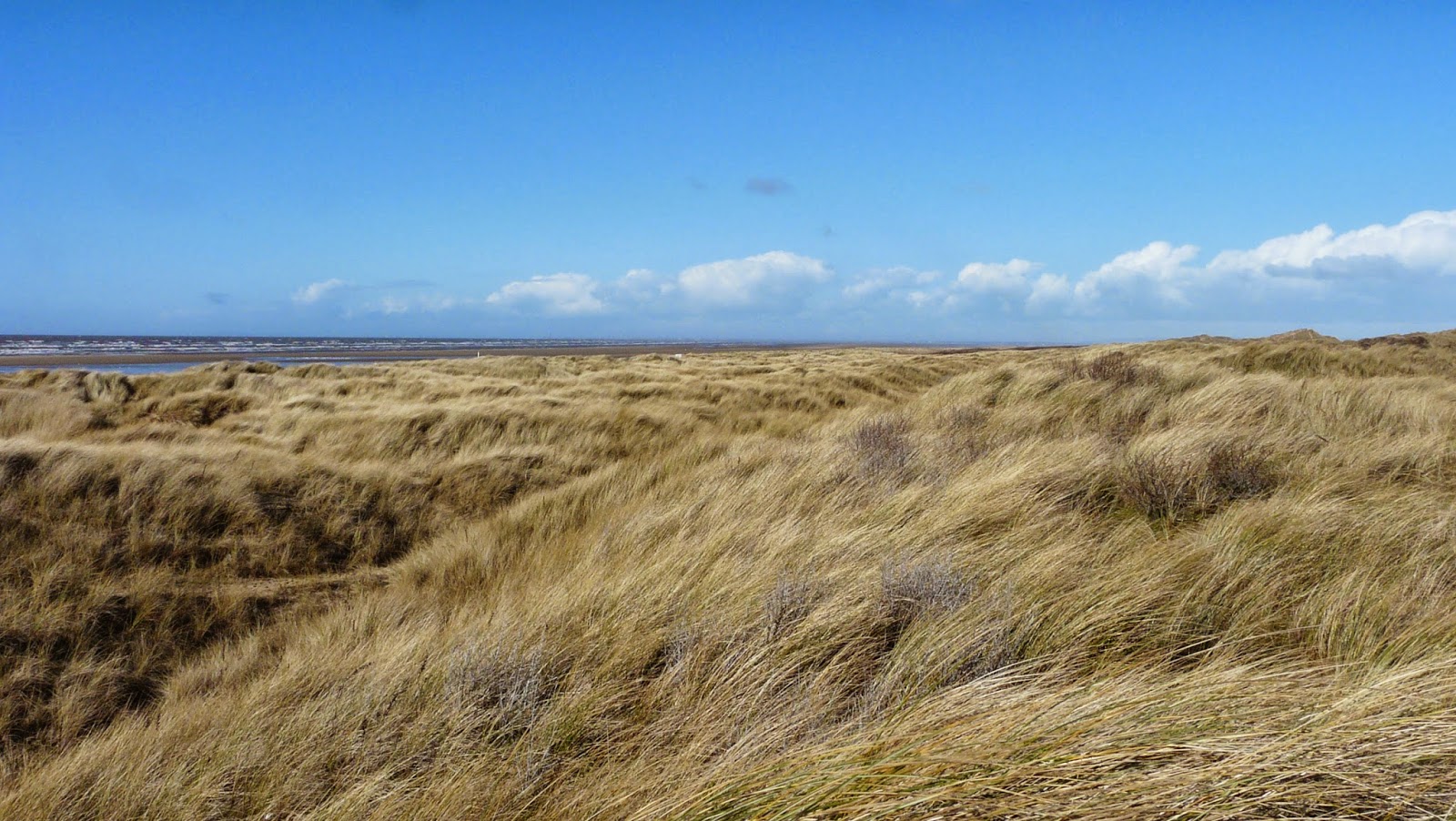 Here are a few pictures of male (Merseyside) Sand Lizards seen last Sunday on The Sefton Coast during  a NMARG habitat management day, they are not very colourful yet at this time of year, but give them another month and they will be stunning. Conservation tasks have been in full swing during the winter and early spring; removing invasive tree and scrub from ideal reptile habitat (not to mention habitat for rare amphibians, invertebrates, plants and birds too). This work has been much needed for a long time now and will now help ensure the survival of this rare genetically distinct (sub)species of Sand Lizzard. Later in the spring a series of conservation tasks will focus on the implementation of sand patches on a number of sites to provide ideal egg laying habitat for these fascinating reptiles. for more information on North Merseyside Amphibian and Reptile Group click on the link below.
http://groups.arguk.org/NMARG/?profilegallerypgposts_limit=9&profilegallerypgposts_limitstart=18&tab=getprofilegallerytab

A habitat conservation day with North Merseyside Amphibian and Reptile Group (NMARG) ended in a quick search for Sand Lizards at a few sites; resulting in 3 male and 1 juvenile being found along with 2 Common Lizards.

﻿﻿﻿﻿﻿﻿﻿﻿I called in at Pickerings Pasture NR on Monday afternoon to try and catch up with the now long staying Red Breasted Goose and Great White Egret; no sign of the Egret but a Little Egret showed very well on the pool in front of the bird skreen. The Red Breasted Goose fed with Shelducks distantly out on Hale Marsh, a male Merlin and a Little Stint rounded off a great hours birding!
2 Little Egrets, Buzzard, and 9 Shoveller showed well on Carr Lane Fields.﻿ 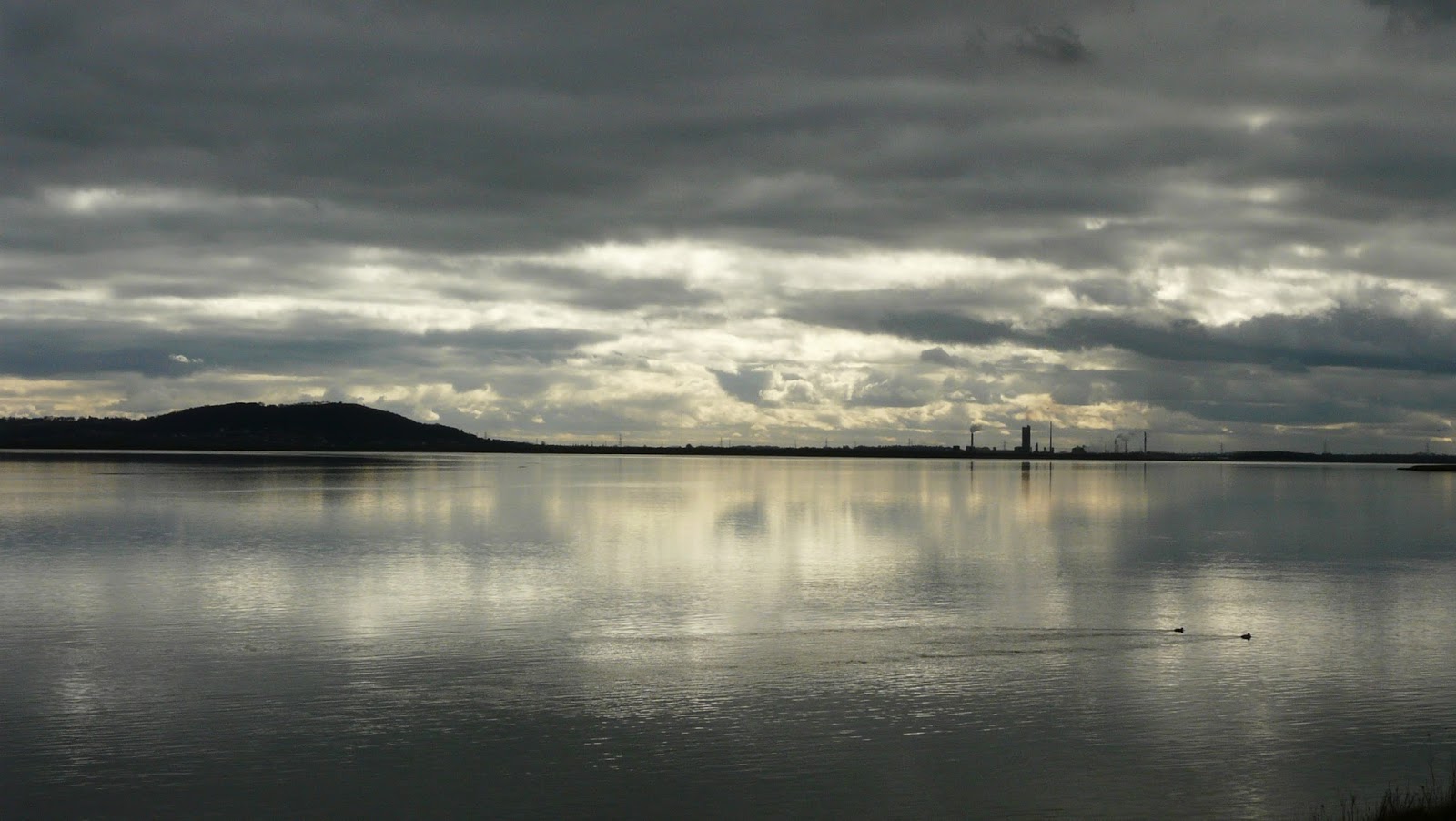 Glossy Ibises and a surprise YBW

﻿
I was continuing my Great Crested Newt translocation project at Cottam and was surprised by the amount of calling Chiffchaff's on the site (as well as a Tree Pipit and plenty of Meadow Pipits) there had obviously been a decent fall of migrants last night. Within the Chiffchaffs I picked out the distinctive call of a Yellow-Browed Warbler, a classic Autumn migrant which is turning up everywhere at the moment, it eventually flitted across the canal on to the University of Central Lancashire's athletics ground, I am next in the area on Thursday, maybe it will stick around. There is also one showing well at Leasowe, Wirral today. No Great Crested Newts today but Smooth Newts and a Bank Vole in a pitfall trap!
After the Newt work I headed for Horwich and the four juvenile Glossy Ibises that have been seen intermittently for the last few days. I couldn't believe how close they allow birders to approach them (see the photo and mobile phone video upload), these birds have no doubt been pushed to the UK by the recent Eastern winds that also result in the appearance of Yellow-Browed Warblers. As I left the site at 11:20 they flew over the road and out of sight, but no doubt are still in the area and well worth a visit! I then took the opportunity to catch up with the female Black Redstart that has been seen nearby for the last couple of weeks, with time pressing I only managed brief views of the bird, yet it did show off a bit; fly catching off the dry stone walls on the edge of the moorland. 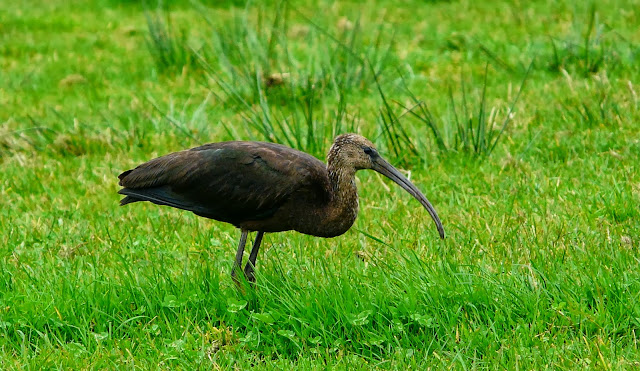 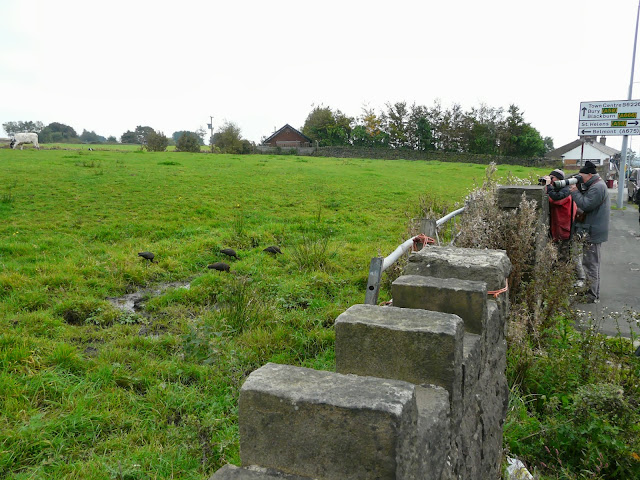 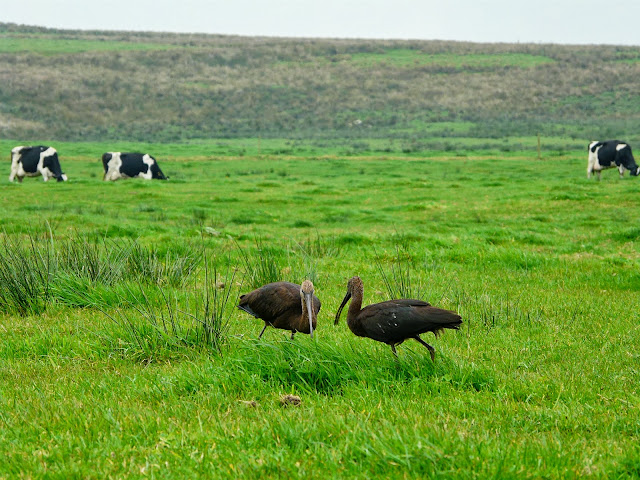 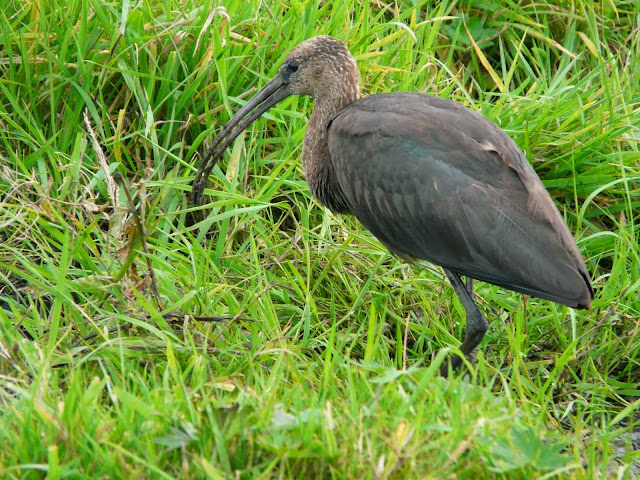 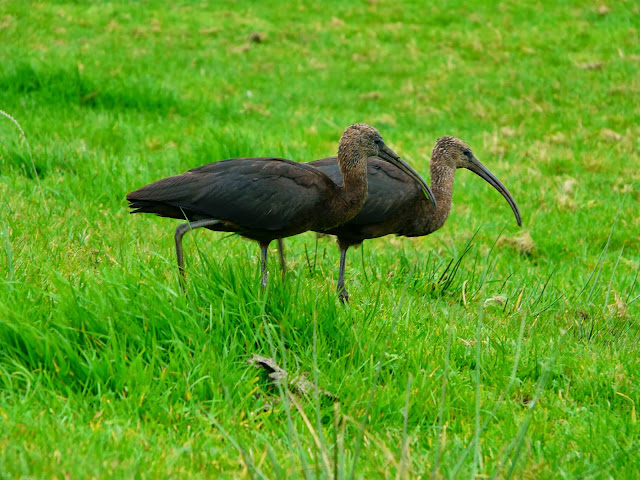 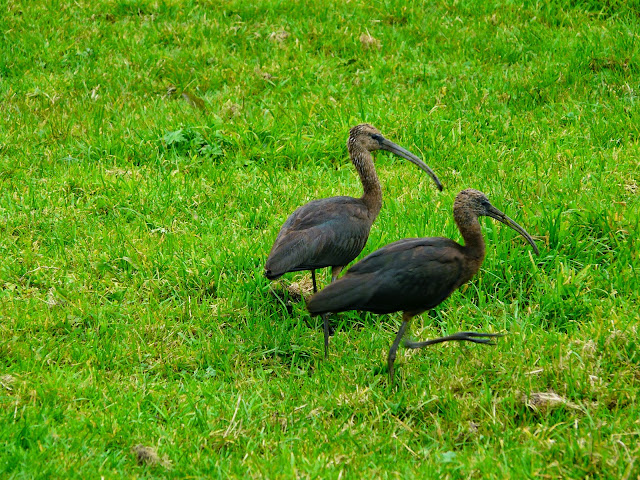 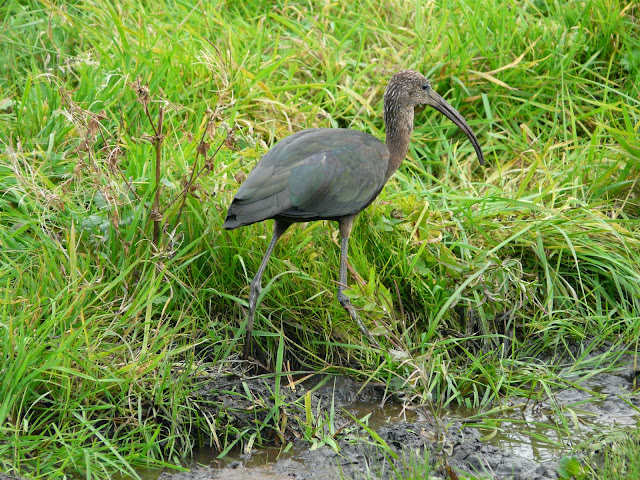 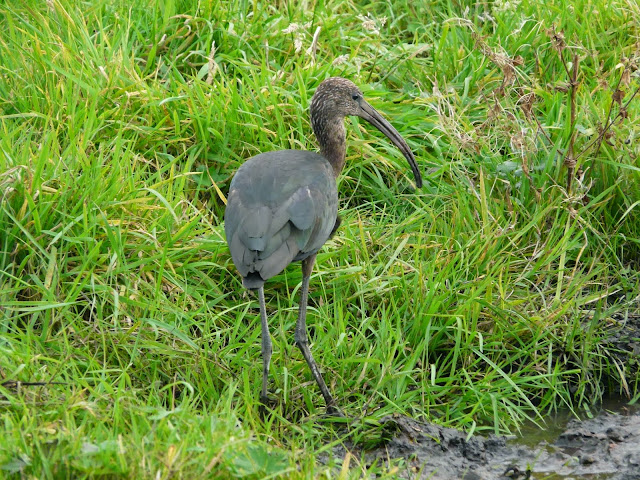 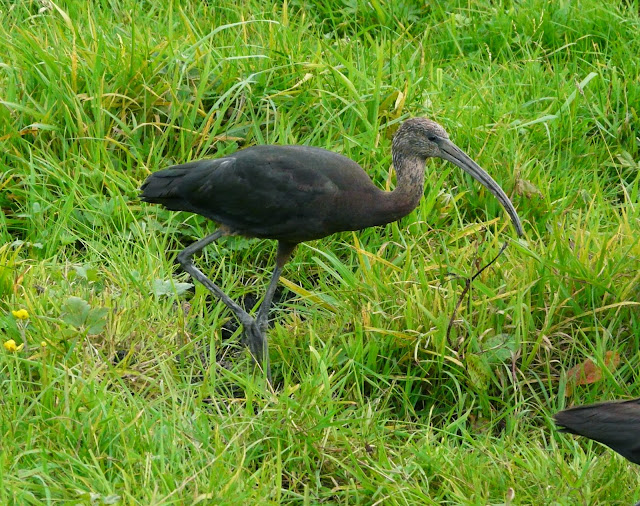 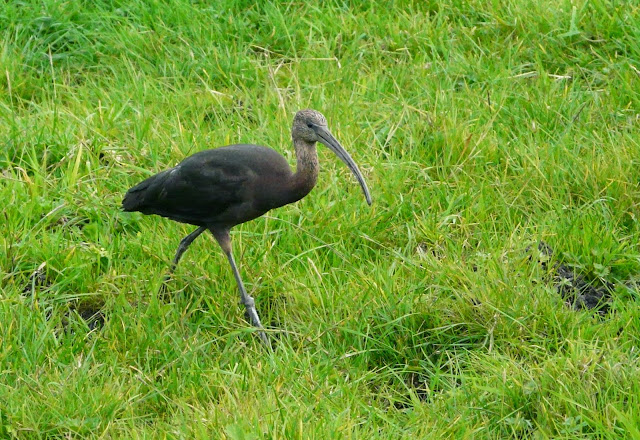 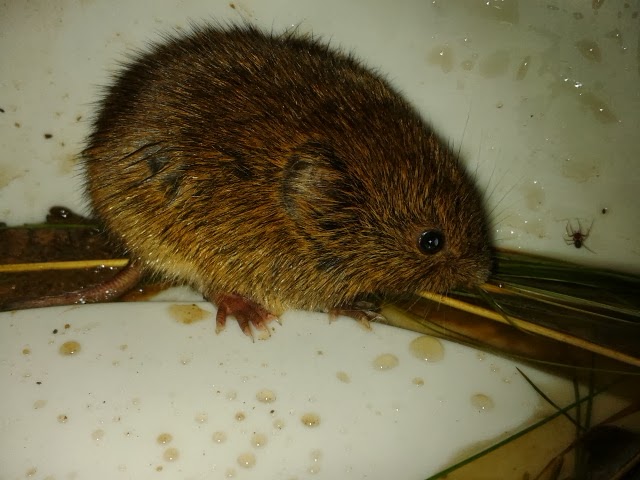 I have been really busy of late as I have been carrying out ecological survey work day and night! Over the last couple of weeks this has led me throughout the North-West, Midlands, and North-Wales. I have spent a great deal of time at a Great-Crested Newt site at Over-Peover near Knutsford, apart from the Great-Crested Newts we have found Common Buzzard, Barn Owl, Tawny Owl, a regular pair of Raven, 5 Nuthatch, and singing Chiff Chaffs. A Bat survey in Telford resulted in Common Pipistrelles, and Brown Long Eared and being startled by a Badger as it made its way across a field of corn at night, and a Great Crested Newt survey near Preston on Saturday came up trumps with a Hedgehog rescued from a Newt pitfall trap! Also on this site I found two female Great Crested Newts, 47 Smooth Newt, and a Brown Hawker Dragonfly.
﻿
More locally Little Grebes are showing well on Sefton Park Lake, with one adult bird feeding a striped plumaged juvenile; this must prove that they have raised two broods in the park this year, with two ages of juvenile on show on the lake, other birds included 4 Grey Wagtails, Chiff Chaff, 15+ Swallows, and family of Nuthatches near to the café, the family of Mute Swans with four surviving young, and a female Tufted Duck. Nearby I had 4 Common Buzzards over Camp Hill on Saturday, continuing their colonisation of the suburbs, and 2 Ring Necked Parakeets, and 4 Mute Swans at Greenbank Park.

I have been involved in a Pink Footed Goose survey on the mosslands over the last week, which has turned up some fantastic birds, from my situated vantage point to the East of Haskayne I have seen a pair of Marsh Harriers on each visit since last Monday looking towards Downholland Moss, female Merlin, female Peregrine, 2 Little Owls, and a juvenile female Sparrowhawk pursued and killed a Red Legged Partridge last Friday and continued to pluck the bird in full view for over an hour, other birds have included 3 different Kestrels, another Sparrowhawk, plenty of Common Buzzards, Wheatear, my first Redwing of the Autumn, 90+ Goldfinch, 45+ Linnet, 250+ Red Legged Partridge (with one covey this morning holding over 60 birds) and best of all an Osprey this morning which left its overnight roost in trees towards Plex Moss shortly after first light. Apart from these great sightings the Pink Footed Geese put on a great show as they left their roosts, with the majority of birds feeding just outside our survey area on Plex Moss which held 5000 birds this morning and smaller numbers of 650 near to my vantage point at Haskayne.
﻿﻿
Things are really starting to heat up in the North-West now with a Blyths Reed Warbler, Common Rosefinch, loads of Yellow Browed Warblers, Lesser Scaup, and Glossy Ibises seemingly everywhere and this is only today! A little road trip may be required.
﻿

During a family trip to the Martin Mere "Bird Zoo" today I managed to sneak off for a quick look around the real reserve, the best sightings were 6 Curlew Sandpipers and a Little Stint from Millers Bridge hide and a daytime calling Tawny Owl near to the observation tower: a round-up follows:-
Whooper Swan - 2
Pink-Footed Geese - 40+
Curlew Sandpiper - 6
Little Stint - 1
Tawny Owl - 1
Marsh Harrier (juv) - 1
Common Buzzard - 1
Chiff Chaff - 2
Tree Sparrow - 5
Ruff - 20+
I took my eldest son Dylan (6) canoeing in the reedbeds on the reserve and we were lucky enough to spot a Water Vole swimming alongside us under a bank before it clambered up into cover, Dylans first Water Vole...lets hope they recover from their long decline so it is not his last! Also in the reedbed area we had at at least 6 Migrant Hawkers and many Common Darter Dragonflies.
Posted by Danny Foy at 08:51 Sunday, September 08, 2013 4 comments


I am working at a site near Nutsford, Cheshire this week undertaking some Great Crested Newt consultancy work, this involves early morning starts, but, more importantly early finishes! Which yesterday provided me with the opportunity to catch up with Cheshires STILT SANDPIPER (first for me!), the bird has been present at Neumans Flash since Saturday but yesterday was flushed by a Sparrowhawk and relocated further south in the county at Sandbach Flashes. After a mad dash to the site I soon found the bird roosting on one of the spits on Elton Hall Flash, unfortunately with the heat haze and the long distance I could only manage a photo that insults the term record shot (I promise you that's the bird to the left of the Lapwing)! But still, LIFE TICK!
After this I visited a private site in the county which boasts a population of Grass Snakes which are being monitored, I was lucky enough to find three first year animals, also on the site were 10+ Bullfinches, 2 Buzzards, 20+ Common Darters, Black Darter, 7 Southern Hawker, and a Brown Hawker.
Today I managed to see the drake Lesser Scaup off the south shore of Pennington Flash which may well be the same individual that has been seen at the flash on two further occasions over the last few years, the bird showed very well compared to yesterdays Stilt Sandpiper but rarely woke and raised its head as it constantly bobbed along roosting on the open water with Tufted Ducks and Pochards. I didn't have the time for a look around the main reserve but an impressive 27 Great Crested Grebes could be seen from the Car Park area, and both Bullfinch, Chiff Chaff, and Willow Warbler could be seen off the footpath along to the Grebe.
Today as I continued with the Great Crested Newt work I found 2 Raven, 2 Common Buzzard, Chiff Chaff, 2 Nuthatch, and a Great Spotted Woodpecker and a fearsome looking Great Water Diving Beetle which landed in a Newt pitfall trap.
Posted by Danny Foy at 08:51 Tuesday, September 03, 2013 0 comments 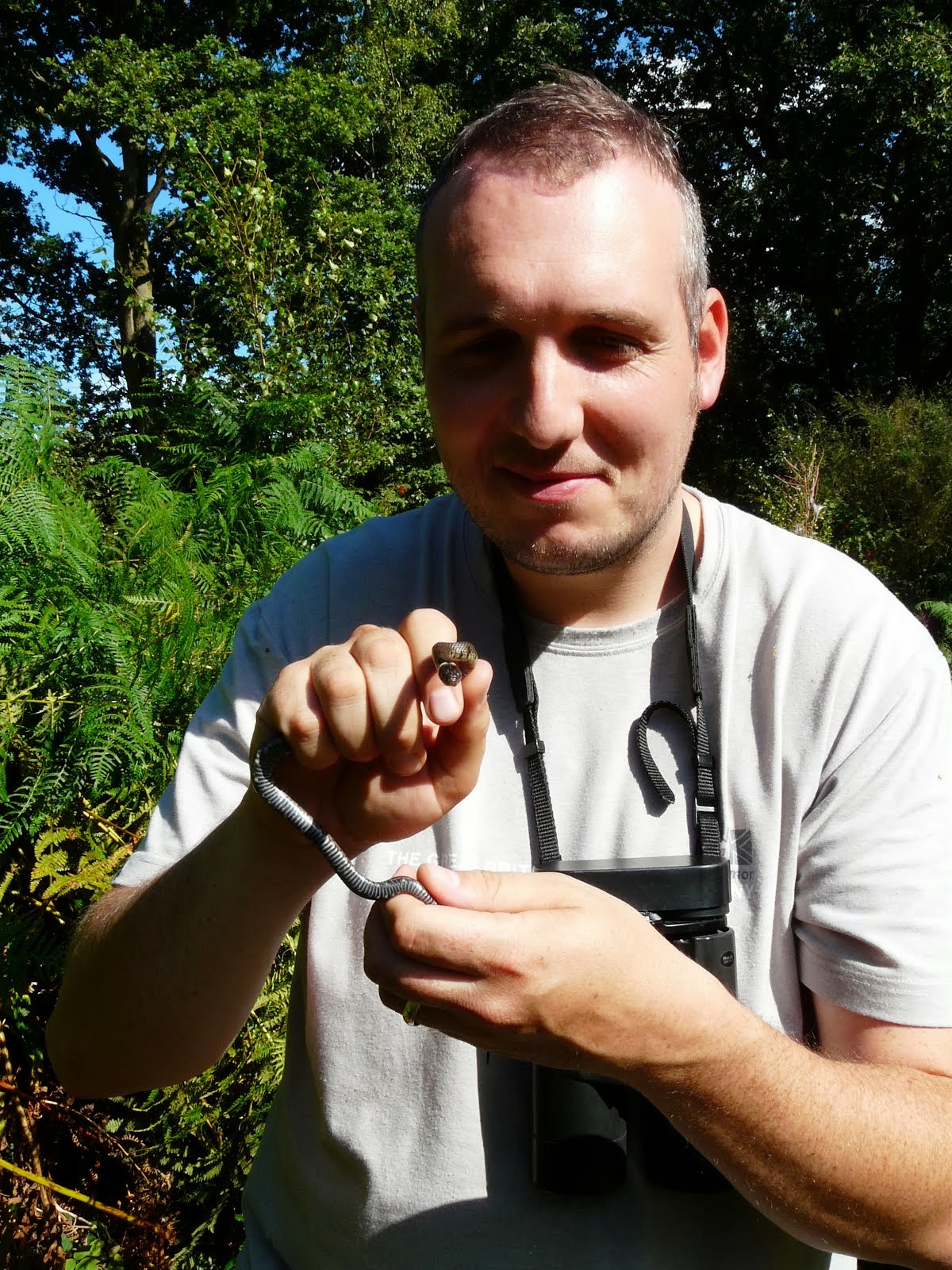 Hi my name is Danny Foy, I am a South Liverpool based birder and all round naturalist, I am an Ecologist working for WYG, and have worked for a number of ecological consultancy firms. Through my work I am lucky enough to travel widely and experience a wide variety of British flora and fauna. I have a passion for local wildlife and making nature accessible for more people; this blog reveals my sightings from my wanderings further afield but most importantly highlights my local sightings and introduces sites of interest for local naturalists. Please feel free to post comments below the blog posts as this increases the effectiveness of the blog and enables others to enjoy your sightings.

This weather forecast is generated by the Met Office Weather Widget 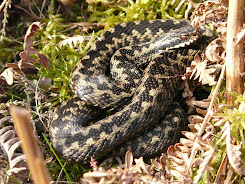 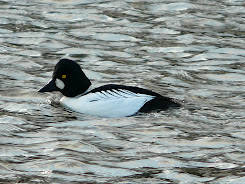 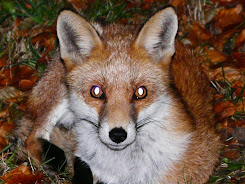 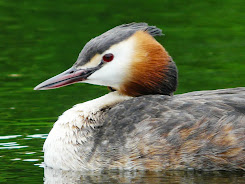 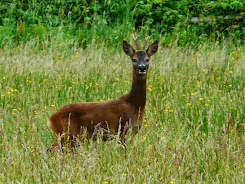 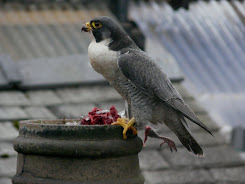 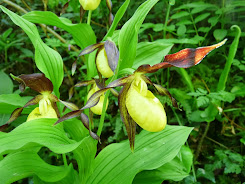 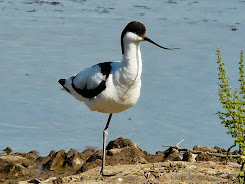 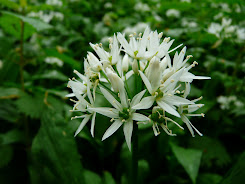 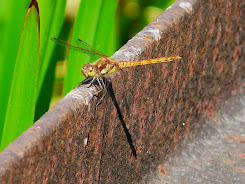